It was long overdue. According to ETNews , Korean Air (KE), a Skyteam member, will bring In-Flight Connectivity (IFC) to their fleets starting next year. KE once adopted IFC more than a decade ago, with Boeing's Connexion By Boeing (CBB) Service, but as we all know CBB had failed. Ever since, KE was reluctant to adopt IFC, saying Korean people would dislike such a slower internet, as they are used to lightning-fast internet on the ground. Although it sounds weird, as a Korean, I could have agreed with them a few years ago; not anymore, as Gogo 2Ku or ViaSat solutions exhibit decent speeds. As the article specifically mentions retrofitting, KE is likely to support IFC on their current fleets as well as the newer ones. They have 30 737 MAXs and 30 A321neos on order, and the article says 6 of the 737 MAXs will be delievered next year. It would be safe to assume that the newer airplanes may have the Wi-Fi pre-installed. They don't really have new widebody aircraft on order
Post a comment
Read more

As the debt-laden HNA group continues its selling spree, they sold another large hotel chain Radisson Hotels, formerly known as Carlson Hotels, to Jin Jiang (or Jinjiang) International for an undisclosed amount. Reports indicate the value could be more than $2 billion. Jin Jiang International is a state-owned hospitality company that owns Jin Jiang Hotels, Louvre Hotels Group and Plateno Group (7Day Inn). The Bloomberg article linked above (published on Skift) writes that "The purchase would make Jin Jiang the seventh-biggest hotel company in the world, with 344,000 rooms, according to lodging-data provider STR." However, this seems to only take account of Jin Jiang and Radisson only. Jin Jiang  owns, manages and franchises 143,338 rooms in operation as of 12/31/2017, and Radisson had 188,013 rooms as of 2016.  If we include all Jin Jiang group hotels, which include Jin Jiang, Louvre, Plateno and Vienna, the number becomes 680,000 . This allows Jin Jiang to be the fift
Post a comment
Read more

July 02, 2018
This is not a story about Ryanair or Spirit. You are supposed to starve when flying those airlines. But you would normally expect a good meal on Asiana flight. Not anymore. Asiana Airlines is facing a massive in-flight meal crisis (link in English) since July 1st. Basically, numerous planes are flying with limited or no meals, and with significant delays as they need to wait for the meals to arrive (if lucky). On July 1st, 36 flights did not have meals and 51 flights were delayed, out of the 80 flights. Yesterday it got better; 18 out of 75 flights forced passengers to starve. This includes some of the longhaul flights; OZ541 flight from ICN to FRA did not have a second meal, even for the business class. And this flight lasts 11 hours. Even the pilot and flight attendant meals are not available, so the pilots are instead eating instant cup noodles . The FAs are giving up their cup noodles for the passengers. Why this happened? So on July 1st, Asiana changed their catering compa
Post a comment
Read more

You thought Korean hotels were any better than Chinese one? Me too. It's wrong. 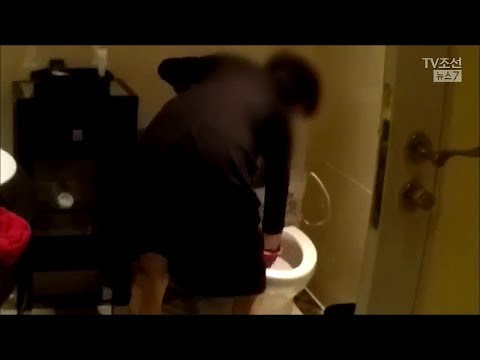 So a few months ago, Chinese luxury hotels were caught using the same toilet brush to clean cups as well. Now Korean hotels were caught, too . Again, luxury hotels in Seoul. Their average daily rates are easily over $200. At least Chinese hotels were in Harbin, where Kempinski (one of the caught hotel) cost about $77 on random date in March. On the same date, "S" hotel costs $250. So it's not about the price you pay. Even if you pay over $200 in Seoul you'll still end up drinking water from sewage cup. Purely disgusting.
Post a comment
Read more

Disclaimer: I am not an Asiana Airlines employee, and I am by no means related to the company. I do not have an access to the Asiana Airlines Blind, nor insider information; I just compiled what has been reported in Korean. Koreans were infuriated after the Asiana Airlines cabin crews accused Park Sam-koo, the chairman of Kumho Asiana group (which includes Asiana Airlines) of sexual harassment. The news was not very known outside Korea, so I tagged popular bloggers such as Lucky at One Mile at a Time and Gary at View from the Wing with a link to the only English article at the time. I would like to thank Lucky and Gary for covering this, but apparently something was lost in translation, as some people genuinely do not understand why "forced handshake" constitutes sexual harassment. (Of course some people were indeed outright misogynists, but for others I'll give them the benefit of the doubt.) So I decided to report their accusation with more direct translation to hel
1 comment
Read more